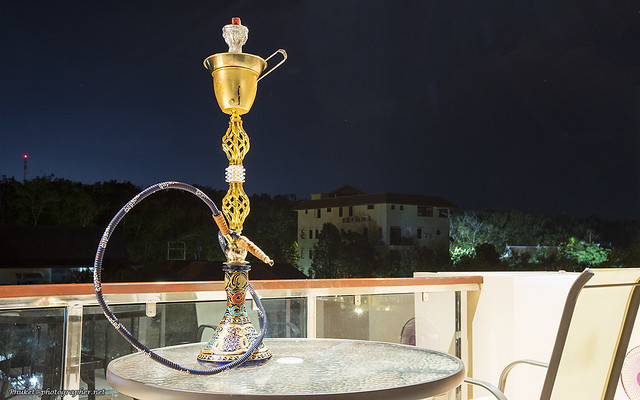 Shisha Pipes: a short history of a long tradition

Shisha pipes have been used for centuries, originating from either the Middle East or India in the 16th century. To make sure you know all the important facts about the long history of shisha smoking, read our short and helpful guide to its fascinating history.

Shisha is technically the name of the tobacco whilst the pipes are known as water pipes, hookahs or indeed, shisha pipes. There are two main theories as to their origins. Some say the first waterpipes were invented in India during Mughal rule (approx 500 years ago). Evidence for this includes the use of the word Huqqa (Hookah) which is a Hindustani word. Other theorists claim it came from Persia, specifically during Safavid rule, also around 500 years ago, and from there it was taken east to India before spreading elsewhere. Countries where shisha smoking became notably important include Egypt and the Levant. Evidence for Persian origin comes from the use of the Persian word shisha, which means glass bowl.

Falling within the Indian theory is the idea that is was invented for medical reasons by an Indian doctor called Irfan Shaikh in the late 16th century. However, a Persian poet Ahlī Shirazi wrote a poem in the early 16th century referring to the ḡalyān in a poem. This earlier model of a water pipe could have travelled to India where it was modified into something more like we see today.

Whether it reached India from Persia or the other way round, we may never know for certain. What we do know is that these pipes didn’t come about until at least the 1500s and that tobacco, not reaching Persia until the 1600s, wasn’t what was originally smoked in them.

Water pipes in one form or another are used all over the world today to enjoy a variety of flavoured tobaccos. They are foremost used in the Levant where they play a significant role in the social culture of the area, with many young users keeping up the tradition. Thanks to the multicultural and diverse planet we now live on, it’s common to see shisha pipes enjoyed all over the world, especially in cosmopolitan London where youngsters are seeing them as a healthier alternative to binge drinking or cigarette smoking.

You can browse for different shisha products on our easy-to-use website. This includes components such as shisha pipes, hoses, flavours and handy accessories like mouth tips.

It seems not a week goes by without someone or some organisation trying to tell us that hookah is dangerous, kids are all at it, and it should be banned outright. The thing is, this attitude is one driven by ignorance of the industry, the way people smoke and what people smoke, so here are…… END_OF_DOCUMENT_TOKEN_TO_BE_REPLACED

Today is World Human Spirit day, and I guess you’ve never heard of it, but it’s a day of celebration, hope and understanding that what we know about our world is limited and superficial. We all crave after the latest “stuff” and want the best in life, even if that’s a bigger screen or faster…… END_OF_DOCUMENT_TOKEN_TO_BE_REPLACED

So, in my last post I discussed how I’d had a walk around a Shisha Lounge in Monaco (#justsaying) and how fantastic it was. Of course, this is in relation to the normal lounge I go to near Dudley, which less face it, isn’t the most salubrious of places. Anyway, a friend of mine just…… END_OF_DOCUMENT_TOKEN_TO_BE_REPLACED

Shisha, also known popularly as hookah or water pipe, is a single stemmed or multi-stemmed device that is used to either smoke or vaporize flavored tobacco called shisha. The smoke usually passes through water before it is inhaled, hence the term “water pipe”. Smoking shisha has become extremely popular over the past few years, having…… END_OF_DOCUMENT_TOKEN_TO_BE_REPLACED

Origin of Shisha A Shisha  is an apparatus that consists of a hollow shaft that ends submerged below a reservoir of water, which is contained in a glass base jar. Another pipe takes the smoke from the jar and is inhaled by the smoker. The top of the shaft usually has a clay bowl, into…… END_OF_DOCUMENT_TOKEN_TO_BE_REPLACED